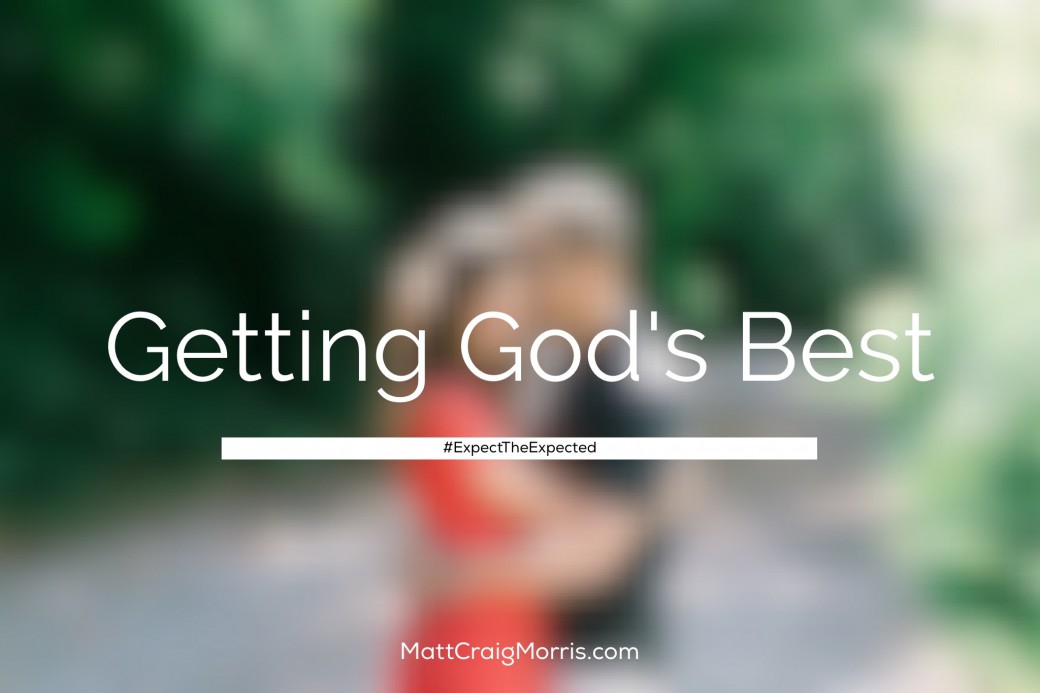 Unfortunately, my budget is also undeniable. So I eat at home, a reasonable restaurant, or maybe at the Capital Grille on a very, very special occasion (Hopefully when someone else is paying!) I drive a used car or an inexpensive newer car. And my favorite clothing store is any clearance rack in the outlet mall. The quality is good enough most of the time. I recently bought a new pair of jeans at Sams. The price fit my budget and I assumed good quality. But you get what you pay for…and the jeans didn’t last a month before falling apart.

I’m currently shopping for a car. You would think this would be the perfect Christmas present for me. I love cars. But honestly, I’m stressed. I know car quality. I read consumer reports. I understand trade-in and resale value. I know the estimated repair costs and reliability of a given vehicle. But I also know my budget. You get what you pay for…and I don’t want what I can pay for!

'We often get what we are willing to give in life.' -- @mattcraigmorris #expecttheexpected #generosity Click To Tweet

We’re talking about the law of ROI or Return on Investment. We know it as “You get what you pay for.” Let me share the same principle another way, “You get what you give.” Many of us enjoy gift exchanges. Sometimes we make a game of it. You may know the game as Bad Santa, White elephant, or some other variation. The rules are simple. Everyone brings a similarly priced wrapped gift. Then, taking turns, we either pick an unknown wrapped gift from a pile or steal an open gift from someone who has already chosen. The game goes on until everyone has had a turn and has an open present. The game is lots of fun, especially when their is an especially good present everyone wants. Given the typically low price guideline of $5 or maybe $10, and present expectations are typically pretty low…because, you get what you give.

This Advent season, as we prepare for Christmas and the celebration of Jesus’ birth, we’ve been taking a look at our expectations of God. Throughout Scripture God makes bold promises, truths we can and should bank on…things we should expect from God. Yet like almost every person represented in the birth stories of Jesus, we seem surprised when God does exactly what was promised. So, we have this message series: Expect the Expected.

(Note: My usage of the phrase “you get what you give” is not in reference to our justification before God that is a gift given to us by God through the death and resurrection of Jesus. In other words, I’m not saying that we earn our salvation. But as we try to live like Christ, [i.e. sanctification] we shouldn’t plan on getting God’s best while living outside of His will and in disobedience to His commands.)

Zechariah was surprised by an angel showing up in the Holy of Holies. This is the place every Jew, especially the priests, believed God’s presence dwelt. Then why was he surprised?  On top of that, the angel tells Zechariah that God heard his prayers and that he and his wife would soon have a child. Not just any child, this child would pave the way for the Messiah. But Zechariah doubted. Why? Well, I suggested that when we pray and hope without the answer we really want…we sometimes grow distant and even disinterested in God. The disappointment or the wait causes us to lose our wonder in God. God wants to “Wow!” us. Wondering about God increases our wonder in God. Looking and expecting to find God opens our heart to the “Wow!” of God. We can and we should expect it.

Mary was surprised by an angel. Her surprise led her in a different direction that Zechariah. Zechariah, maybe because of years of disappointment, doubted God would provide a child. Mary, determined to stay faithful, wondered how God could. Mary experienced God’s favor because she made space for it. Through Jesus Christ, all God’s favor is ours. We are God’s favorite! Mary shows us how to live into it. She knew how babies were made. But because she wasn’t married, she would have to disobey a clear command of God to get pregnant. She didn’t take matters into her own hands. She did what she should and left the rest to God. She expressed her determined obedience to the angel and asked how God could. She practiced humility, which states “I can’t and won’t.” She exercised her belief that “God can and will.” Then she made space by remaining obedient so only God could. God fills the space we offer. We experience as much of God’s favor and as much of God’s “Wow!” as we make space for in our lives. We can expect it when we leave space for God.

Now we move onto the story of Joseph, Jesus’ stepdad. A big part of Joseph’s story can be found in Matthew 1:18-25. Joseph is engaged to Mary. An arranged marriage, the engagement period continued until two requirements were met. One, the husband had to have his home and occupational affairs in order. He had to be able to provide for a wife and children. Two, the wife had to have reached a certain physical maturity. She had to be able function as a wife and mother. We don’t know their ages, but it can be assumed that Joseph was older than Mary. Joseph might have been in his upper 20’s or early 30’s. As a carpenter, he would have already completed his apprenticeship and established himself within the community. Mary might have been 14-15 yrs old. Yes, it is a little creepy by today’s standards, but this was the common custom of Joseph & Mary’s time.

During the engagement period, Joseph learns that Mary is pregnant. He knows it is not his. So, he’s going to break off the engagement. Joseph has a few options in front of him.

Option 1: The law allows Joseph to publicly execute Mary for her infidelity. However, historical research suggests this legal right was rarely exercised by anyone.

Option 2: More common in Joseph’s day was public shaming. Joseph had the right to let every person know of Mary’s infidelity, essentially ostracizing her from the community. This path allowed Joseph to have some revenge, as Mary’s infidelity would be a public embarrassment to Joseph. His business could suffer and his standing in the community could suffer unless he publicly shamed Mary and left her as the social pariah.

Matthew records that Joseph was a good man. Joseph chose the third option.

Option 3: He prepares to quietly divorce her. He doesn’t seek his right to public revenge. No, Joseph exercises responsible compassion. Public shaming would have been good enough. But good enough wasn’t good enough for this good man. You get what you give. Soon, in a dream, Joseph learns that the child in Mary’s womb is the Son of God, the promised Messiah. An angel in the dream tells Joseph to chose Option 4.

Option 4: Take Mary as his wife and raise the child. Name him Jesus. Option 4 comes with some challenges. This is a bit of a public embarrassment. People will talk. Joseph’s business will probably suffer. The angel is asking Joseph to give a lot. Option 4 is going to cost him. What will he do?

God wouldn’t trust raising Jesus to just anyone. Joseph gave God his best. God trusted Joseph with the best. And God wants to trust you and I with God’s very best.

We get what we give. What are you expecting from God this Christmas season? Some of us simply go through the family tradition motions. We’ll come to church because it is beautiful. We’ll come because its an obligation. We’ll come because it used to be meaningful…and we’re hoping we just might find the same meaning again. We have real high hopes but real low expectations of God…because we’ve long settled for good enough.

'Many of us compromise the quality of our faith with our life and time budget.' -- @mattcraigmorris #faith #christianity Click To Tweet

Marriages are running on fumes when spouses give just enough. Our families are just getting by because we’re giving just enough. Oh, we’re busy…so busy doing our million activities. We’re exhausted by our busyness. We don’t have another moment to spare or another ounce of effort to give. As a result from all this effort, we’re great little leaguers, dancers, or scouts…but just barely a good enough family. We get what we give.

Some of us are “great” church members. We go more than our neighbors. Give enough to keep the church going. Serve enough to say we’re really doing something. But somewhere along the way our fire for Jesus, our wonder in God, our risky reliance on the Holy Spirit faded among all the good enough things we are doing. We get the best the church can give…and just barely good enough from God.

Here’s the best news you’ll hear all Christmas. Jesus, God’s very best, is available for the getting. You don’t have to measure up, be a saint, or change yourself ahead of time. Jesus, God’s best, will do all that for you. But there is a cost…it is your best…it is you, fully and completely. Not just enough of you. Not a little more of you than the person next to you gives. No…if you want God’s best then it takes the best of you. You get what you give.

This story about Joseph is crazy. Who tries to one-up the requirements of God? Who sees “good enough” and raises it to “my best”? Who endures public shame and willingly chooses cold showers to honor God with “the best”? Who does that…the person with whom God trusts the very best. Joseph gave God his very best. You get what you give. What do you hope for this Christmas season? What do you expect from God? You get what you give. Expect the “Wow” when you make space for God and give your best.